skip to main | skip to sidebar
Tuesday, February 12, 2008
Driven by some masochistic need to deprive myself of much-needed rest, here I am still glued to the screen browsing the Web for whatever suits my fancy. I keep promising myself to sleep early, but still manage to stay waaay past my bedtime. Now that there's nothing interesting left to read, blogging has become my excuse to stay online and keep my bloodshot eyes open. Vitamins and coffee (which has not been a necessity for me prior to coming here) are what keep me awake in spite of staying up late.

Anyway, the main point of posting here is just to report that we'll be moving to a different location (an hour from here) supposedly by the month's end. I hate to be dobutful about whether it's going to push through or not, but based on our experience here so far I've learned to take my manager's words with a grain - nay, a hefty spoonful of salt to go along with his words. It's unfair to blame him solely for the things we don't like about about our working arrangment, but he still has to own up to some of the grief we've had so far. I know he's trying his best, but sometimes I can't help but feel some resentment towards him.

Going back to what I was saying, the decision to move us to a different location came about from sit-down meeting with the president of the company himself, and at his house no less. We discussed their plans after our one-year training period ends this September. Afterwards, we spent the night at his place and went home after breakfast. To say the very least, I felt like a stormtrooper being invited by the Emperor to have dinner at the Death Star. Obscure references aside, I am somewhat relieved that we finally had some clarification on our future with the company. It was bothering me so much that we lacked a sense of direction and not knowing the point of stay here that it had driven me to the point of anger and ill will towards the company. Now that they've told us what were meant to do after our training and how our future job relates to our daily tasks at the center, a bit of weight has been lifted off my chest. I only hope that the move pushes through, but why I should I find it so unlikely when the president (and not just our manager) confirmed it? Ideally, we'll be moving by March and will be working out of their main office. That means I don't have to stand for literally eleven hours on end at the cold storage we're training at now. That also means I'm going to gain back the weight I had inadvertently and begrudgingly lost in the last five months. I mean come on, I was still in college the last time I weighed this much (granted that the weighing scale at the president's bathroom was correct).

But more on our work situation when I find the time again to drop by. This former-phone-monkey-turned-coroporate-drone needs to get some shuteye before the date changes (which is less than half an hour from now).
Posted by marko at Tuesday, February 12, 2008 1 comments 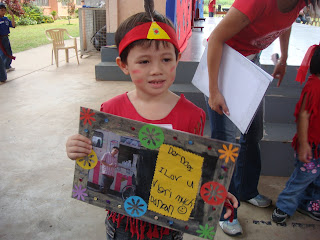 But sometimes it feels much longer than that.