skip to main | skip to sidebar
Monday, March 26, 2007
Here are some new pics for this month. These ones were from Dan's recognition day, which is sort of like his graduation from prenursery. 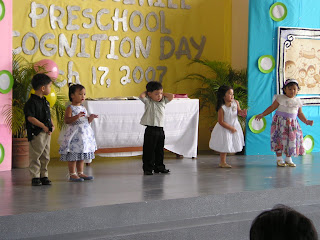 They were dancing to "Happy Together" by the Turtles. Dan started doing their rehearsed routine, but then the tag in his shirt was bothering him so he just fiddled with it (as seen in the picture) until the song ended. So much for all that time spent on practice :) Anyway, he did better than the other boys who just stood there the whole time; the girls did quite well I might add. 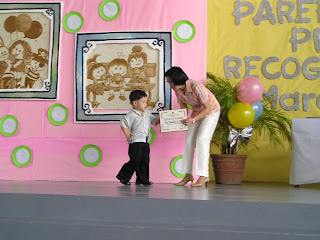 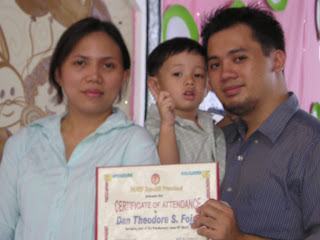 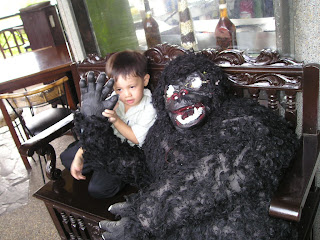 We headed to Grilla @ Antipolo afterwards. I'll have whatever the gorilla was smoking, thanks. 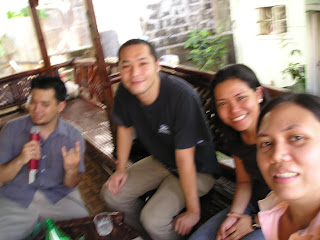 We went home to have a few drinks afterwards with Mechille from PNKC and Takashima-san, our nihongo sensei. I think I was doing "Bohemian Rhapsody" in this one. 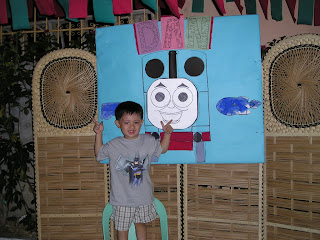 Dan had a party at home for the kids in the neighborhood. He loves Thomas the Tank Engine so we made a little backdrop for him. I would have added a few more things to it but there wasn't enough time.
Posted by marko at Monday, March 26, 2007 4 comments

Monday, March 19, 2007
Just some overdue pics from our recent activities in the past month. We brought Dan to the PACEM Eco-Park in Assumption Antipolo and he enjoyed seeing all the animals over there. 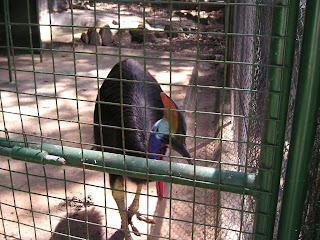 Wikipedia states that this animal, called the Cassowary, was voted by Guiness as the world's most dangerous bird. Apparently, it's capable of disemboweling a human with a single kick from its strong legs and sharp claws on its feet. The theory is that this is a genetic descendant of the Velociraptor (probably in line with the hypothesis that birds came from dinosaurs) since their feet and legs share a strong resemblance with one another. If the other sources I've checked are correct, the cassowary can also jump up to five feet in the air and are good swimmers too. In a video I saw, a zookeeper said that they are known to sneak up on their prey and stab them in the back with its claws and proceed to eat them alive.
Of course I didn't know all that when we came upon this creature at the zoo. My family and I were right in this bird's face with just a low fence between us, thinking it was just a harmless relative of the ostrich (which it is by the way). The only reason why I looked it up online was that it honked at us after it noticed we were gawking at it. Although "honk" isn't really as accurate description compared to "an unearthly, guttural bellow as it parted its beak nice and wide". Pauline could have sworn she saw the soundwaves coming out of its mouth as it screeched at us. When I read about how nasty this bird could be, I was a bit shocked since we were standing so close to it at the time, unaware of what it could do. 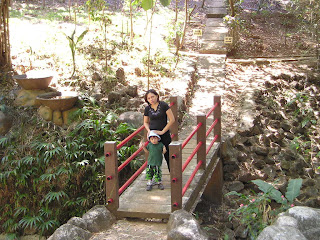 Here's one with Lyn and Dan by the bridge. The view is way better than what you can see here. From where I was standing, the path really makes a vague U-shaped downward slope then goes uphill again after bridge (which was sort of the midpoint). 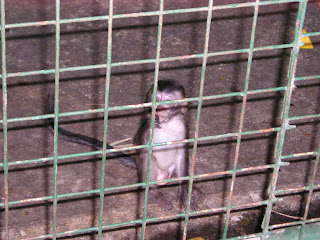 Dan developed an interest in birds because they were studying it in school but the monkeys also got his attention at the zoo. He got a kick out of watching them climb and eat their food. He liked the baby monkey in particular probably because it was the cutest of the bunch, nibbling its meal. 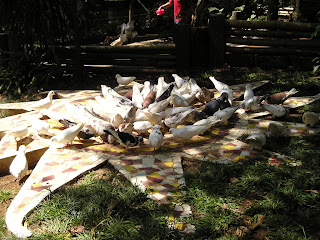 This spot was unoccupied until the caretaker threw some food on the ground and these guys swamped the place in a matter of seconds. 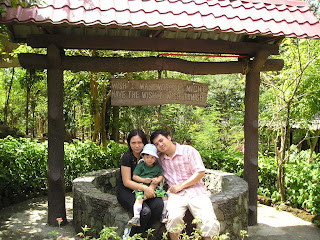 It's nice how clear this shot came out. The camera's taking some blurry pics even if it's perfectly still...it is 4 years old though. 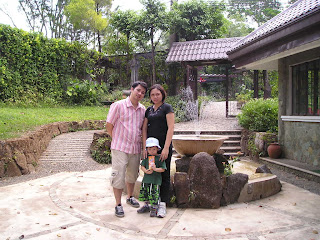 At the entrance with my family, wearing my blog's namesake :)
Posted by marko at Monday, March 19, 2007 2 comments

Monday, March 05, 2007
Which Hero Are You?
Before you start scratching your head, educate yourself by clicking here and here. I can imagine I'm like most of the others that watch the show who would rather be Hiro, but this is still cool nonetheless. 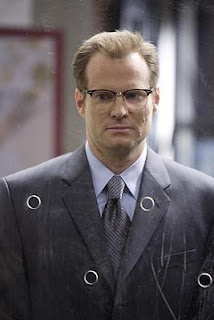 Mr. Bennet (click here)
You scored 50 Idealism, 45 Nonconformity, 58 Nerdiness
Are you on the list?
Congratulations, you're Mr. Bennet! You are one mysterious person with mysterious motives. Despite all the mystery, it's clear that you believe what you do is for the greater good, and you are obviously a well-educated person in your field.
Your best quality: Dedication to your work/organization/etc.
Your worst quality: Keeping too many secrets
Posted by marko at Monday, March 05, 2007 0 comments